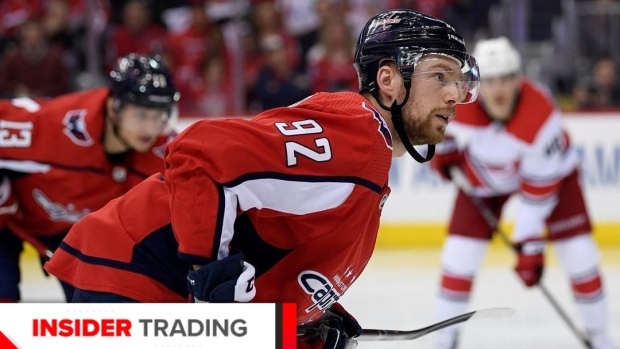 Tom Wilson's antics on the ice overshadowed another big story in Washington: That Evgeny Kuznetsov and Ilya Samsonov were benched for disciplinary reasons and as Pierre LeBrun explains, the Capitals may explore their options with Kuznetsov in the summer.

Did the Tom Wilson story overshadow the Capitals' discipline of Evgeny Kuznetsov and Ilya Samsonov? 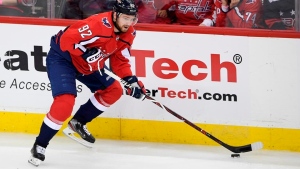 Yeah, James, perhaps [a story] with more far-reaching implications when it comes to No. 1 centre Evgeny Kuznetsov who, along with Ilya Samsonov, was scratched from Monday's game for disciplinary reasons. Head coach Peter Laviolette said that they were late for a team function.

For Kuznetsov, you may remember that he was part of a group of four players earlier this season that also ran afoul of COVID protocols and sat out some time. A couple of years ago, in September of 2019, he was suspended three games by the NHL for "inappropriate conduct".

There has certainly also been some inconsistent play on the ice the last couple of years. What I'm hearing is that it's starting to, at some level, irritate some members of the Caps' organization. So keep an eye on this one.

As far as I believe, Washington is perhaps willing to listen to trade offers for Kuznetsov this offseason. He's got four more years on his contract at a $7.8 million AAV and a modified no-trade clause, but he's still a pretty good player.

Is Victor Hedman the favourite to win his second Norris Trophy? 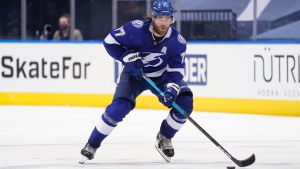 Well, it will be if the coaches have their way. It is the PHWA that votes on the Norris trophy but I went to the coaches because they match up against these defencemen every night. I wanted to know what they thought about the best defenceman this year.

It wasn't close. 22 first-place votes out of the 31 ballots cast. All 31 head coaches got back to me. A runaway win for Victor Hedman despite the fact that he, perhaps, has not had as consistent of a season as we're used to seeing from him.

Adam Fox was second in the polling, he's had a great year. Shea Theodore and Cale Makar are also up there but it's not close. Victor Hedman in the coaches eyes.