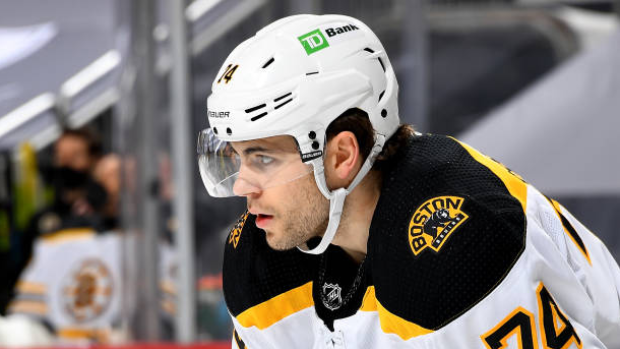 Spoke with Rick Valette today, agent for Jake DeBrusk, he confirmed he asked for a trade over the weekend. It's felt a change of scenery moving forward would be beneficial. Debrusk will remain with the team while the Bruins try and facilitate the request.

DeBrusk’s camp made the request over the weekend and feels a "change of scenery moving forward would be beneficial" for the 25-year-old Edmonton native.

The 2015 first-round pick has recorded just three goals this season, with six points in 17 games.

DeBrusk was a healthy scratch on Sunday when the Bruins beat the Vancouver Canucks 3-2.

“I think what happens with Jake and what we’ve seen over the last few years is, like when the production is there you’re getting more second effort, they kind of go hand in hand,” Bruins head coach Bruce Cassidy told reporters. “When it’s not there, we lose a little bit of that. That’s been the ask of him for a number of years now -- no drop off on this side of the ledger just because the production isn’t there.”