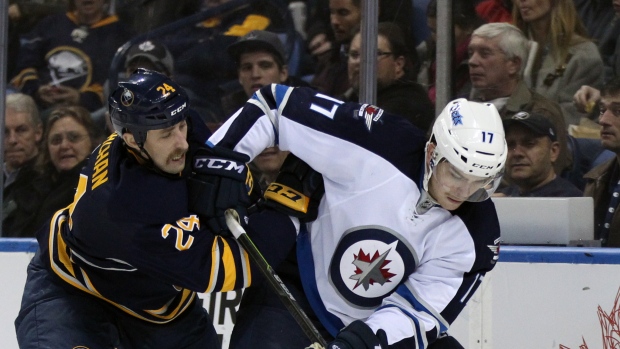 Winnipeg Jets forward Adam Lowry will have a hearing with the NHL Department of Player Safety on Thursday for his hit in Wednesday's 2-1 win over the Buffalo Sabres.

Late in the second period, Lowry hit Kaleta from behind into the boards behind the net. Lowry was assessed a major penalty for boarding on the play and a game misconduct.

A native of Calgary, the 21-year-old Lowry is in his first season in the NHL and, as such, have never before faced discipline from the league. Taken in the third round of the 2011 NHL Entry Draft, Lowry has two goals and an assist in 24 games played this season.

The Jets (12-9-3), currently fourth in the Central Division, are next in action on Friday night when they visit the Bruins in Boston.