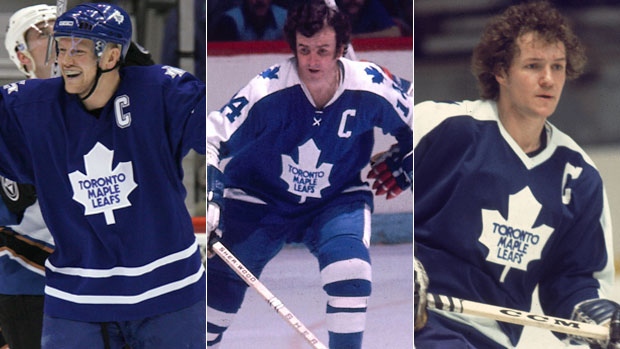 Dave Keon was named the greatest player in Toronto NHL history today as the Leafs unveiled their all-time top 100.

The honour comes nearly 50 years after Keon was selected playoff MVP when the Leafs won their last Stanley Cup in 1967.

Keon earned No. 1 status among the nearly 1,000 players who have worn the colours of the Arenas, St. Patricks and Maple Leafs since 1917-18. A panel of 30 experts and fans were asked to pick the best players in franchise history to mark the Leafs’ centennial season.

Keon won four Stanley Cups and a series of individual awards – most significantly the Conn Smythe Trophy in 1967 – but also won the hearts and minds of Leaf fans during a 15-year Toronto career (1960-75) founded on brilliant skating, puck-handling and thinking.

Keon – Davey to his legion of admirers – had an off-the-charts hockey IQ.

It was one of the principal reasons Keon ranked among the NHL’s premier penalty-killers and was regarded as the best two-way player in the game. Keon won the Calder Trophy – launching his Hall of Fame career in style with rookie of the year honours – and two Lady Byng Trophies, but he would have most certainly won a handful of Selke Awards if the best defensive forward honour existed when he played.

His signature asset was the best backhand in the NHL.

If the 1967 playoffs were Keon’s greatest playoff year, his greatest postseason game was Game 7 of the 1964 Cup semi-finals series versus arch-rival Montreal. Keon scored all three goals in a 3-1 win that propelled the Leafs to the final where they beat the Red Wings in another seven-game series to win the third of three straight Cups.

Keon’s appearance with the Leafs this week – not his first in recent years, but his most important – makes official the reconciliation between the team and its former captain, who for years was at odds with the organization.

Just how close the vote was for No. 1 wasn’t revealed, but Keon would have received stiff competition from at least two fellow captains.

No. 2 all-time Syl Apps, the ultimate gentleman and a five-time NHL all-star during the 1930s and ’40s, and No. 3 Ted (Teeder) Kennedy, the team’s human flag in the 1940s and ’50s, belong in the conversation of greatest Leaf ever.

Like Keon, they were captains and sublime all-around players. Apps matched Keon with Calder and Byng Trophies, while Kennedy won a Hart Trophy as league MVP. He received the Hart after what was intended to be his final season; it was more lifetime achievement award than recognition for his 1954-55 season. That Kennedy was accorded the NHL’s highest individual honour for that reason tells you everything you need to know about his years with the Leafs.

Just outside the top 10 at No. 11 is Charlie Conacher, the only player in Toronto NHL history to lead the league in goals five times.

Not surprisingly, the majority of top-ranked players – 13 of Nos. 1-20  –  either played their entire careers or experienced their biggest moments as Leafs during the franchise’s first 50 years which came to an end in 1967.

Coincidentally, in the week the Leafs begin celebrating  their centennial season by putting a spotlight on the faces of the past, one new player – Auston Matthews - made an undeniable claim as the face of the future. One day before a bronze statue of Keon was added to Legends Row, Matthews scored a record four goals against Ottawa in his first game Wednesday, raising already sky-high expectations for the 2016 No. 1 draft pick.

Among other members of the Leafs’ century club are No. 48 Phil Kessel, the much lamented winger who led the team in points six of six seasons with the Leafs; No. 52 Tiger Williams, one of the most popular players in team history; No. 68 Eddie Shack, the unrivalled most colourful Leaf ever;  and No. 100 James van Riemsdyk, the only current Leaf on the list.

If you assemble the Leafs’ all-time first and second all-star teams by position, based on the team’s top 100 list, this is how they would look:

All statistics listed below - years, regular season games, goals, assists, points and Stanley Cups for skaters and record and goals-against average for goalies - are those collected with the Arenas / St. Patricks / Leafs only. For players who had more than one stint with the team, the first and last years with the franchise are indicated.

Photos courtesy of Getty Images and The Canadian Press