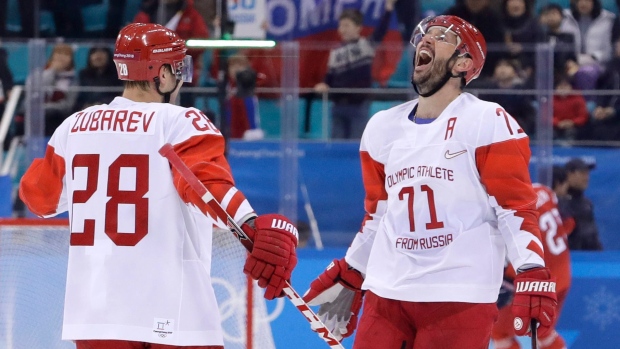 Ilya Kovalchuk will be an unrestricted free agent with no strings attached and can enter the market on July 1st.

This time, however, Kovalchuk will be UFA, no strings attached. Devils won't have his rights anymore. He enters July 1 market like any other UFA https://t.co/0cM6uL3BIb

Kovalchuk last appeared in the NHL with the New Jersey Devils, but they will not hold any rights to the 34-year-old on his return.

The Tver, Russia native left the NHL the 2012-13 season after playing 37 games for the Devils.

Kovalchuk signed voluntary retirement papers and the Devils voided the last 12 years of his NHL contract.

He has played in 53 games this season for SKA St. Petersburg of the Kontinental Hockey League and has scored 31 goals and 32 assists.

He was drafted first overall in the 2001 NHL Entry Draft by the Atlanta Thrashers and made his NHL debut with them during the 2001-02 season.

Kovalchuk was named MVP of the 2018 Pyeongchang Winter Olympics hockey tournament as he helped lead the Olympic Athletes from Russia to the gold medal.