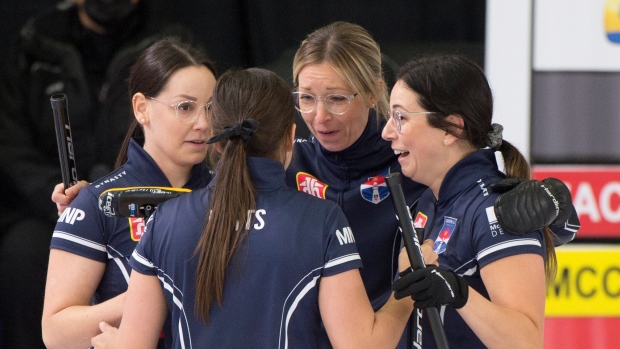 The 2022 Scotties Tournament of Hearts kicks off Friday night from Thunder Bay, Ont., with a matchup of veteran skips.

Northern Ontario's Krista McCarville and her hometown Thunder Bay rink will take on Saskatchewan's Chelsea Carey, who will represent Wild Card 2 at the year's national championship.

Since losing that final, Team McCarville haven't been able to get back to the championship tilt, but have been perennial contenders, making the Scotties playoffs in each of their three appearances since.

McCarville and company were excited to have hometown fans in the stands at Fort Williams Gardens this week until the Omicron variant made that impossible. Curling Canada left the door open to possibly have fans for the playoff weekend, but for now Team McCarville won't have supporters inside the building.

The two skips have a combined 14 appearances at the Canadian championship and both sides should be in the thick of things to finish in the top three of Pool A and make the playoffs.

In her first year playing in Saskatchewan, Carey lost to Penny Barker in the provincial final earlier this month, but earned one of three Wild Card spots thanks to a strong ranking on the CTRS. McCarville was selected to represent Northern Ontario after the association was forced to cancel its playdowns. Team McCarville last played at November's Tim Hortons Curling Trials where they made it to the semifinal but lost to eventual winner Team Jennifer Jones.

Picking a winner in this matchup is no easy feat, but TSN's Bob Weeks is leaning toward a Northern Ontario win in this one. Check out more Scotties predictions, HERE.

DAY 1 at #STOH2022 @bwcurlingTSN makes his @TSN_Edge opening day picks for the 2022 Scotties Tournament of Hearts in Thunder Bay. pic.twitter.com/8x8lk7qDAZ