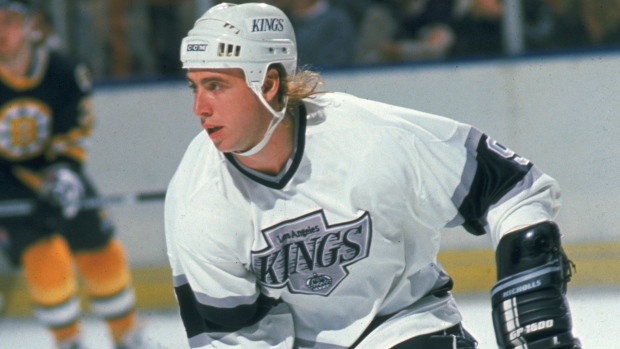 A judge has been asked to order the NHL's 23 American-based clubs to turn over medical information about every player who has suited up for them since January 1967.

The extraordinary request was made in court documents filed by Brian Penny, a lawyer for former players who are suing the league.

The former players charge that the NHL and its teams failed to disclose to players what they knew about the long-term effects of concussions and brain injury, even as the league marketed and profited from the sport's violence.

More than 60 former NHL players have formally filed a lawsuit against the NHL. As a class-action complaint – the case has been consolidated into one single action in U.S. federal court in Minnesota – the lawsuit effectively covers an estimated 5,000 living former NHL players.

From Jan. 21-27, the plaintiffs served the clubs with identical subpoenas. Each contained 21 requests for documents related to the medical and health records of the clubs' players for the period Jan. 1, 1967 to present.

But the NHL teams had privacy objections to eight of the requests sent to each club.

For instance, the clubs were asked for communication between the teams and any members of the NHL concussion program committee, the NHL's concussion working group, and any contributor to the NHL's 2011 concussion research study.

"Documents are necessary to prove allegations that repeated head injuries sustained by NHL players put them at a significantly higher risk of developing chronic neuro-cognitive illness and disabilities, including Alzheimer's disease, dementia and CTE," Penny wrote in a motion filed in U.S. federal court.

The lawyer wrote in documents obtained by TSN that the litigation against the NHL and its clubs, "plays an important role in advancing this serious public health concern and will significantly affect the safety of hockey players at all levels, as well as the safety of other athletes prone to sports-related concussions. Where the societal interest in the personal safety of a group of individual outweighs personal privacy interests, like here, courts have allowed the discovery of private medical records."

The NHL teams oppose the motion.

They argue that the documents are protected by terms of the collective bargaining agreement between the NHL and NHL Players Association, as well as by various state privacy laws.

For instance, in response to a demand for all documents regarding head trauma, the NHL teams' lawyers wrote the request was overbroad and "imposes an undue burden on the non-party clubs by requesting the clubs to produce
'all documents regarding' head injures sustained by any player since 1967, which is unreasonable in time, scope and burden."

The former players' lawyer, on the other hand, said privacy laws aren't applicable.

"NHL players, unlike the general population, have a greatly reduced expectation of privacy in their medical and health information for hockey-related injuries," the lawyer wrote. "This diminished expectation of privacy results in part from the league's long-standing practice of disclosing medical information about the injuries of NHL players to the media and its fans."

The plaintiffs have also asked for all NHL team documents regarding the diagnosis of players with brain disease, documents that refer to any NHL players as an "enforcer," and documents reflecting any research, analysis, surveys, reports, etc. regarding fighting or violence in the NHL.

On Feb. 27, the 23 teams served objections to the subpoenas. Lawyers for the plaintiffs and NHL teams met March 9 and 31 to discuss the objections, court records show.

The clubs subsequently provided documents related to six players who are named as class representative plaintiffs in the lawsuit: Bernie Nicholls, Gary Leeman, Reed Larson, Dan LaCouture, Mike Peluso and Dave Christian.
The U.S.-based NHL teams refused to produce all other documents without signed written consent from each player.

The subpoenas will also be served on Canadian-based NHL teams, one of the plaintiffs' lawyers told TSN.

"Subpoenas have to be approved in the U.S. and then served in Canada," the lawyer said. "We will get the documents. It just takes more time."

The players' lawyers have also argued that privacy interests are minimal, noting the CBA expressly authorizes a player's medical information to be disclosed to coaching staff, owners, presidents, general managers, and assistant general managers of their own team and other teams, NHL productions, NHL operations, the NHL legal department, researchers retained by the NHL, and non-NHL related professionals for purpose of peer review.

The players' lawyers also wrote that the documents they have requested "relate only to head trauma and brain disease" and noted that information could still be produced if stripped of identifying information.

The court filings also highlight how broad the plaintiffs are with their search for information. Lawyers have asked the NHL teams for everything from emails, letters and diaries to telegrams, meeting minutes, and phonographs.

The NHL teams have called the request "vague and ambiguous" and a "fishing expedition."

It's unclear what kind of material the former players will successfully obtain.

The NHL has refused to release any public statistics about concussions and the league's injury policy allows teams to be vague about specific injuries, potentially referring to  head injury or concussion as an "upper body injury."

One study published by Michael Cusimano, a neurosurgeon at St. Michael's Hospital in Toronto, found that the number of concussions and suspected concussions rose to 84 during the 2011-12 season, up from 44 two years earlier in 2000-10.

Last month, the former players asked a judge to order commissioner Gary Bettman to be deposed before July 1. The judge has not ruled on that request.