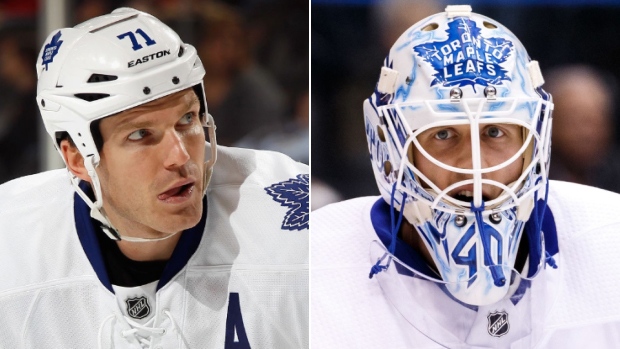 TORONTO — The Toronto Maple Leafs parted ways with goaltender Garret Sparks on Tuesday, trading the backup netminder to the Vegas Golden Knights in exchange for a fourth-round draft pick in the 2020 NHL Entry Draft and the contract of forward David Clarkson.

Clarkson, who previously played 118 games for Toronto from 2013-15, has one season left on his contract but hasn’t skated in a game since suffering a career-ending injury in 2016. Toronto will be eligible to move him and his $5.2 million cap hit onto Long-Term Injured Reserve before the season starts, providing cap flexibility for a team currently lacking cap space.

According to Cap Friendly, with the addition of Clarkson’s contract, Toronto can use up to approximately $92 million in cap space on player signings and then move Clarkson and Nathan Horton ($5.3 million cap hit) to LTIR for a combined total of $10.55 million in cap relief. Toronto is still working to get restricted free agent Mitch Marner under contract for next season, a task that could require $10 million or more per season.

On top of receiving the much-needed reprieve cap-wise, Toronto also came away with a draft pick in exchange for a player they’d been shopping for weeks. And the trade completes a stunning fall for Sparks, who just last fall was the Leafs’ pick over Curtis McElhinney and Calvin Pickard to be Frederik Andersen’s backup to play his first full NHL season after earning his way up through the ranks for nearly six years.

Sparks had been playing in Toronto’s organization since they drafted him in the seventh round, 190th overall, in 2011. He leaves now with a career 3.15 goals-against average and .898 save percentage over 37 NHL games, on the heels of a disappointing 2018-19 campaign that ended with his removal from the Leafs prior to the start of the playoffs.

Initially, the Elmhurst, Illinois native had won his spot behind Andersen after a two-year absence from NHL appearances, having first suited up in 17 NHL contests for Toronto during the 2015-16 season. Sparks posted a 3.02 GAA and .893 save percentage as the Leafs finished the year 30th overall in the NHL, and won the NHL draft lottery.

Sparks returned to the AHL after that and went on to have a breakout season in 2017-18, posting a 1.79 GAA and .936 save percentage in 43 starts to win the AHL’s Aldege “Baz” Bastien Memorial Award as the league’s best goaltender and backstopping the Marlies to the franchise’s first-ever Calder Cup win.

It was those credentials that ultimately led Leafs’ general manager Kyle Dubas – previously the Marlies’ general manager from 2015-18 – and head coach Mike Babcock to go with Sparks over more experienced netminders in McElhinney and Pickard to back up Andersen. And at first, the decision seemed sound, as Sparks got off to a 4-1-0 start. After that, Sparks won just four starts the rest of the season, finishing with a 4-10-1 record.

After one particularly bad loss, a 6-2 drubbing by the Ottawa Senators on March 16, frustration boiled over for Sparks when he publicly chided his teammates for their lack of “emotion” and implored them all to do better. But despite his call to action, Sparks’ performances on the ice for Toronto didn’t improve, and before its first-round Stanley Cup playoff series against Boston began in April, Sparks was dismissed from the club in favour of Michael Hutchinson, working on his own with Toronto’s goalie coaches instead of with the rest of the team.

Sparks briefly returned during the playoff run while Hutchinson and his wife welcomed their first child, and he told reporters that the increased media spotlight in the NHL versus the AHL, the NHL’s better competition and the tighter schedule all contributed to his tough season.

Now Sparks will have a chance to redeem himself elsewhere, far from Toronto’s shadow.

Meanwhile, the Leafs have signed goaltender Michal Neuvirth to a Professional Tryout; he’ll compete with Hutchinson in training camp to be Andersen’s backup in 2019-20. ​