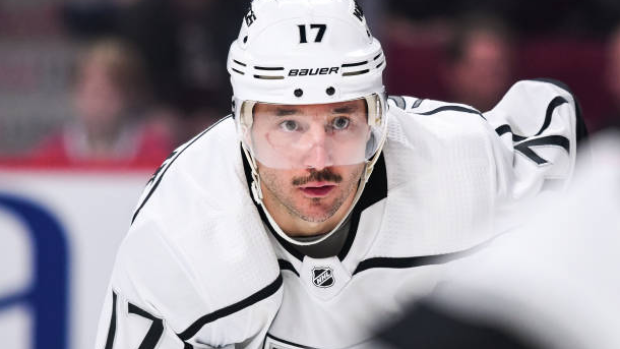 The Los Angeles Kings have put Ilya Kovalchuk on unconditional waivers Monday for the purpose of contract termination.

The two sides have been in a standoff for over a month, with Kovalchuk last appearing in a game on Nov. 9. The 36-year-old has, however, continued to skate and travel.

And indeed, the Kings have put Kovalchuk on unconditional waivers for purpose of contract termination.

Kovalchuk received the final signing bonus in his contract on Sunday - for $2.65 million - and has only a salary of $700,000 remaining for this season. He will, however, continue to count against the Kings' salary cap at a hit of $6.25 million through next season if his contract is terminated. He will become an unrestricted free agent once the move is official.

The Kings remain with his $6.25-M cap hit this season and next, because he's a 35-and-over player. But they would no longer have to pay him in real life. Kovalchuk's remaining $2.65-M bonus was paid over the weekend. He has $4.25 M in salary next yr but will walk away from that

He signed a three-year, $18.75 million contract with the Kings in 2018 and is currently set to earn a salary of $4.25 million next season, which LeBrun notes he is expected to walk away from. His $6.25 million cap hit is third-highest on the Kings this season, behind Drew Doughty ($11 million) and Anze Kopitar ($10 million).