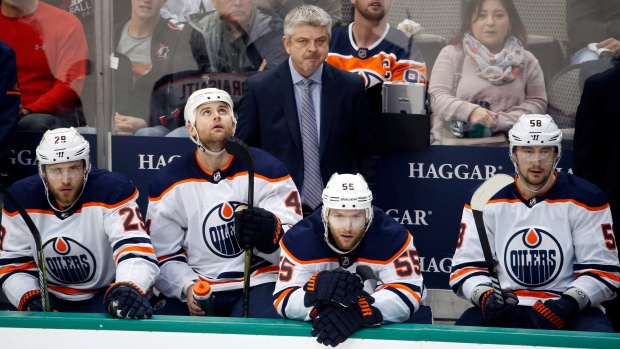 The Edmonton Oilers were handed their sixth defeat in their past seven games with a 4-1 loss to the Chicago Blackhawks on Sunday night.

Edmonton continues to slip further out of the playoff picture and are now eight points back of the final wild-card spot - with four teams ahead of them.

Milan Lucic, along with Connor McDavid, is in the midst of a seven-game goal drought and said after Sunday's loss he must become more involved in the team's offence.

“We’re trying to stay positive, but you have to be a realist at times and ask yourself if you are doing enough,” Lucic told the Edmonton Journal. “Myself? I had a really good December up until the Christmas break, and since then I’ve had only one assist in the last seven games. A prime example of needing certain individuals to be a big part of the team.

“Everyone needs to take a hard look at themselves and decide if they want to pack it in or climb back in it.”

Oilers head coach Todd McLellan said the team has to get back to their fundamentals as they look to snap out of their current skid.

“You don’t take the easy way out of the crap, you work your way out and we’re going to have to keep at it.”

The Oilers, who have dropped the first two games of their five-game road trip, visit the Nashville Predators on Tuesday.