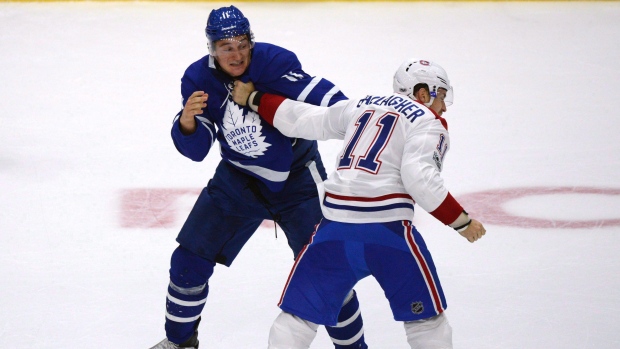 The two Canadian Original Six teams will square off to open the 2018-19 NHL season.

The Toronto Maple Leafs will play host to the Montreal Canadiens in their home opener at the newly named Scotiabank Arena on Oct. 3. All NHL clubs are free to announce details for their home openers on Wednesday.

Two other Canadian teams also will lock horns on Oct. 3 as the Vancouver Canucks play host to the Calgary Flames. The same two squads meet in Calgary's home opener on Oct. 6.

The Ottawa Senators play their first home game on Oct. 4 against the Chicago Blackhawks, while the Winnipeg Jets begin their home schedule on Oct. 9 versus the Los Angeles Kings.

The Canadiens don't play at home until Oct. 11 versus the Kings.

The Edmonton Oilers are the final Canadian team to stage their home opener. It comes on Oct. 18 against the Boston Bruins.

The NHL will release the entire 2018-19 schedule on Thursday.