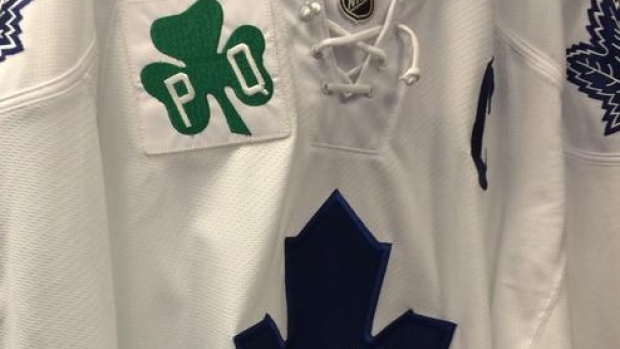 The Toronto Maple Leafs will honour the late Pat Quinn by wearing a patch on the right side of their jerseys for their next two games.

The Vancouver Canucks will also honour Quinn, who passed away on Sunday at the age of 71, with a video tribute and moment of silence prior to their game tonight against the New Jersey Devils.

The Canucks will also wear "PQ'" helmet decal for the remainder of their season. Quinn served as president and general manager of the Canucks from 1986-1997, also serving as head coach from 1991-1994.

Under Quinn, the Canucks reached the 1994 Stanley Cup Final, falling in Game 7 to the New York Rangers.

The Hamilton, Ontario native was hired as head coach by the Leafs in 1998 and spent seven seasons with the team, reaching the Eastern Conference finals twice.

He opened his NHL career with the Maple Leafs in 1968; scoring two goals and seven assists in 40 games during his rookie season.

The Leafs travel to play the Pittsburgh Penguins Wednesday night, before returning to Toronto to host the Washington Capitals on Saturday.