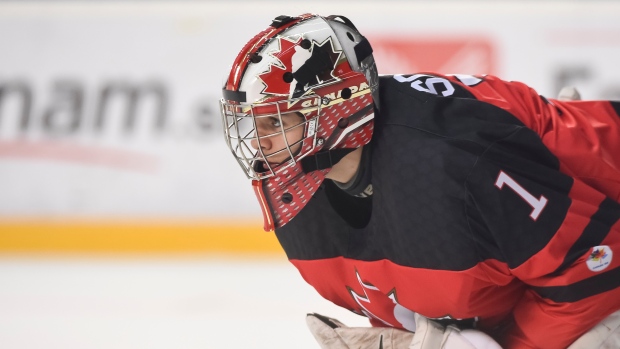 He is off to a dominant start in the WHL with the Prince Albert Raiders this season, posting a 23-2-1 record with a .943 save percentage and a 1.61 goals-against average.

He played one game for the AHL's Toronto Marlies last season, stopping 30 of 33 shots in a 4-3 win over the Belleville Senators in April. He remained with the Marlies in the AHL playoffs and won the Calder Cup.