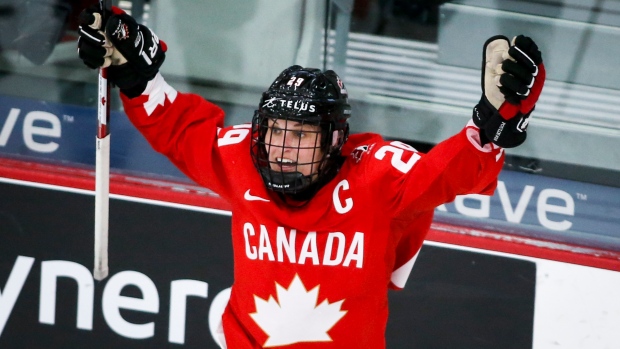 Fresh off the 2021 Women's World Championship in Calgary, TSN Hockey analyst and two-time Olympic gold medallist Cheryl Pounder reveals her top five women's players from the around the world, honourable mentions and which players could find themselves on the list sooner rather than later.

"The 2019 World Championship All-Star has off the charts hockey sense and among the best hands in the game that make her one of the most dangerous offensive forces in the game."

"A brilliant skater with fantastic edge control and superhuman stamina. The 34-year-old has been named best defender at the World Championship seven times."

"The Olympic and World Championship MVP is defined by three Ps. Poise, patience and production. Daoust led the 2021 championship officially in goals, points and unofficially, in puck possession time."

"The hands down best passer in women’s hockey, is America’s all-time assists leader and doesn’t need any affirmation from the men’s game but man does she have it. Decker outperformed eight NHLers in the precision passing drill at the 2019 NHL All-Star skills competition."

As for who could potentially find themselves on the list in the near future, first up is 21-year-old Canadian forward Sarah Fillier.

“She’s got great crossover speed, she slows the game down, she can speed it up, She’s as good with the puck as she is away from it," said Pounder.

The second player is 23-year-old forward Alina Müller, who won bronze at the 2014 Olympics in Sochi with Switzerland at the age of 15. She was one of the top three Patty Kazmaier finalists this past season at Northeastern.