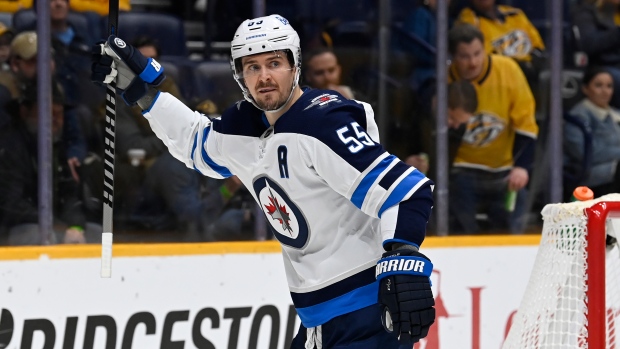 "Yeah, I do," Cheveldayoff told NHL.com. "My exit interview with Mark went well. Again, it was an emotional time for everybody. We asked [our players] to wear their emotions in the exits, and I think they were very productive."

Cheveldayoff last spoke publicly on Scheifele on May 2, stating the centre had not requested a trade at that time, but noting he had not yet held his exit interview with him.

Signed through 2023-24 at a cap hit of $6.125 million, Scheifele appeared to open the door on a potential move one day earlier, after the team's season-ending win over the Seattle Kraken, which he did not play in.

TSN Hockey analyst Mike Johnson shared his thoughts on Mark Scheifele's comments after the Jets' final game of the season, where he expressed his uncertainty surrounding his future with the club.

“I just have to know where this team is going and what the direction is and what the changes are going to be, if any,” Scheifele said. “I have to think about my career and what’s going to be best for me.

"Those are going to be … talks with my agents and everyone in my family and stuff like that and figure out what I really want. So, it will be a tough talk tomorrow.”

Scheifele missed the Jets final nine games with an upper-body injury, finishing with  29 goals and 70 points in 67 games.

“It’s definitely a year I’ll try to forget a little bit,” he added. “It was a tough one from a lot of things – COVID, injuries, coach leaving, a new coach coming in, all that stuff.”