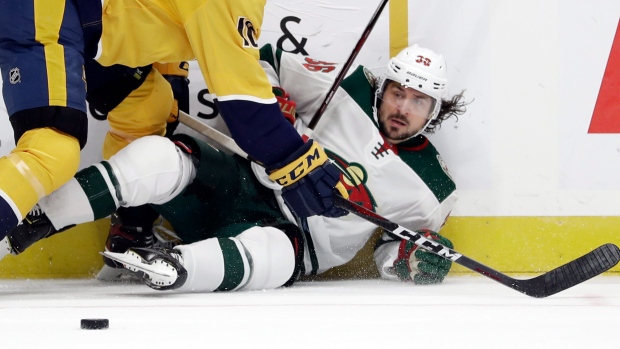 Mats Zuccarello has played just two games with the Minnesota Wild, but he's not happy with his performance so far.

“I haven’t played good at all,” Zuccarello told the Pioneer Press. “It’s just making plays. I feel like I don’t see anyone out there. I don’t know. I’ve got to be better. I’ve been terrible.”

The 32-year-old is a minus-4 through Minnesota's two losses to start the season after joining the team on a five-year, $30 million contract in July.

“If you’re coming to a new team, you want to show them why they signed you, and you want to do everything in that first game,” Zuccarello said. “It’s simple plays that I normally do that right now are difficult for me. Just think positive and have confidence and make the play when it’s there.”

Zuccarello spent the first nine seasons of his career with the New York Rangers before being traded to the Dallas Stars last February. However, he only appeared in two regular season games with Dallas after suffering an injury.

He refused to put the blame for his poor start on a lack of chemistry with his new teammates.

“It’s more me,” Zuccarello said. “It’s about finding my spot and getting comfortable with myself on the ice. I think my teammates do a really good job talking to me and giving me confidence.”

“You expect more from yourself,” he added. “I’ve got to relax, calm down, let the game come. I don’t have to chase it and try to do everything the first shift or make seam passes everywhere. Just make the easy plays. It just comes down to me. It has nothing [to do] with my teammates or anything. It’s straight up me.”

The Norwegian winger finished last season with 12 goals and 40 points in 48 games with the Rangers and Stars. He added four goals and 11 points in 13 playoff games.

The Wild will face the Winnipeg Jets on Thursday as they continue to chase their first win of the season.