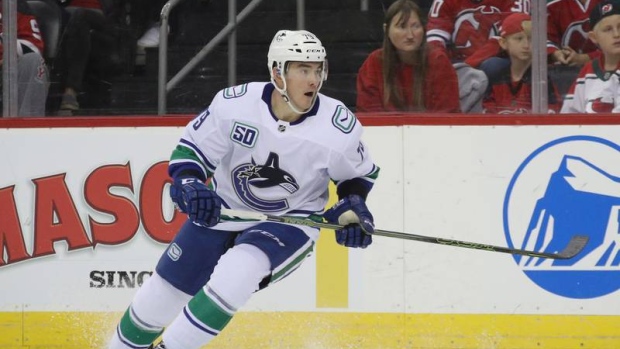 Micheal Ferland left Friday night's game with the Utica Comets due to concussion like symptoms and will not return, the Vancouver Canucks announced.

Utica Update: Micheal Ferland left tonight’s game due to concussion like symptoms. He will not return tonight as a precaution.

Ferland was playing in his first game rehab game and hasn't been in Vancouver's lineup since Dec. 10 due to a concussion.

He has a goal and five points in 14 games this season, his first in a Canucks uniform.

The 27-year-old is in the first year of a four-year, $14 million contract he signed in free agency on July 19.