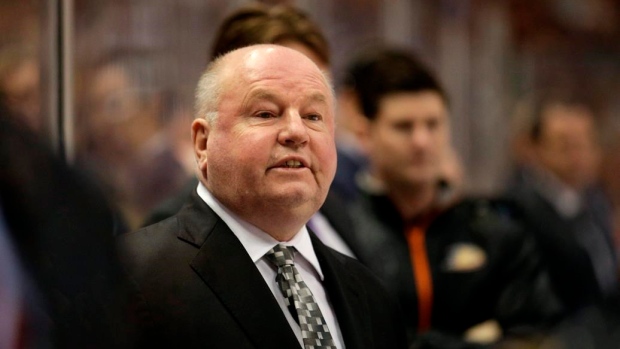 Guerin said assistant coach Dean Evason will serve as the interim head coach for the remainder of the season, after which the team will conduct a full coaching search. Evason has served as an assistant for the Wild since 2018, serving as head coach of the AHL's Milwaukee Admirals for six seasons prior.

The Wild, who blew a 3-1 lead in Thursday's shootout loss to the New York Rangers, are currently sixth in the Central Division with a 27-23-7 record, three points out of a wild card spot in the Western Conference.

Boudreau had been head coach of the Wild for the past four seasons after getting hired ahead of the 2016-17 season. He finishes his Wild tenure with a 158-110-35 record. The team made the playoffs in the first two seasons of Boudreau's tenure, losing in the first round both years.

Guerin was the third general manager Boudreau had worked under since joining the Wild, having been hired by Chuck Fletcher, who was replaced by Paul Fenton.

Boudreau's firing marks the eighth NHL head coaching change this season and comes just under a month after the Vegas Golden Knights parted ways with head coach Gerard Gallant. This year marks the fifth time there have been eight coaching changes in a season, there has never been nine.