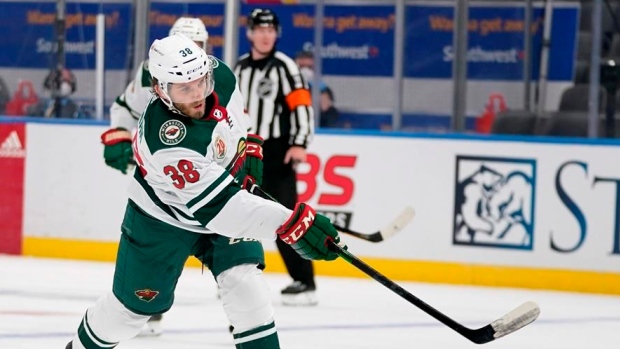 Hartman received a minor penalty for tripping on the play, which occurred in the first period of the Lightning's 5-4 shootout win on Sunday. He fought Lightning defenceman Zach Bogosian shortly after leaving the penalty box.

Minnesota’s Ryan Hartman has been fined $4,250, the maximum allowable under the CBA, for Slew-footing Tampa Bay’s Ross Colton.

Hartman, 27, has nine goals and 13 points in 18 games this season, while picking up 15 penalty minutes.

Colton was not injured on the play. He has one goal and three points in 17 games this season.