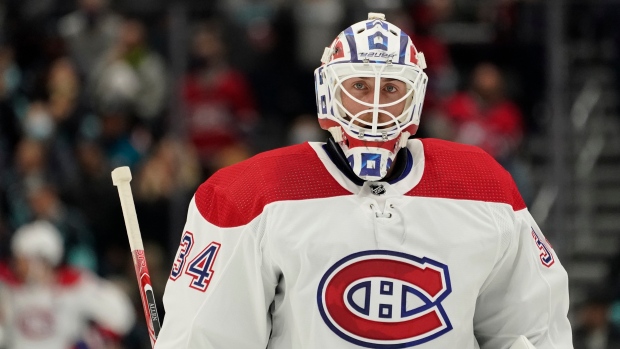 Five players and a member of the coaching staff have been added to the NHL's COVID-19 protocol list.

Cayden Primeau and Corey Schueneman have been called up from the @RocketLaval and four other players have been added to the taxi squad.https://t.co/0WeAnj8Zij

Goalie Cayden Primeau and defenseman Corey Schueneman have been recalled from the American Hockey League while Brandon Baddock, Gianni Fairbrother, Cam Hillis and Michael McNiven were assigned to the taxi squad and will travel with the team to Florida for their game against the Tampa Bay Lightning on Tuesday.

The NHL announced the return of taxi squads Sunday night which allows teams to carry up to six extra players if needed due to COVID-19.