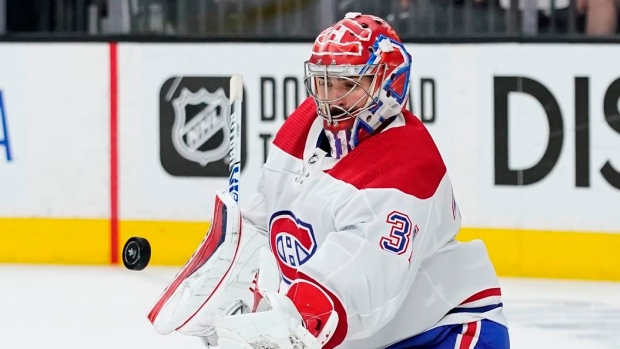 Montreal Canadiens goaltender Carey Price skated without pads Monday, returning to the ice for what's believed to be the first time in two weeks.

The 34-year-old skated alone on Nov. 15 for the first since his return to the team on Nov. 8 after spending 30 days in the NHL/NHLPA's Player Assistance Program for treatment related to a substance use issue. Head coach Dominique Ducharme said last week, however, that Price had yet to skate since.

Skating solo is the second step in the team's four-step plan for Price's return - which Ducharme laid out on Nov. 9. The process was to begin with gym work, followed by training alone on the ice before starting sessions with goalie coach Eric Raymond and then eventually joining the team for full practices.

A date for his return to full practice and then game action remains undetermined.