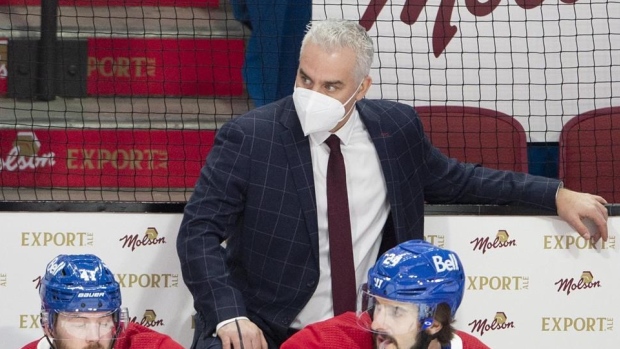 Montreal Canadiens head coach Dominique Ducharme will have to quarantine for a total of 14 days, according to TSN Hockey Insider Darren Dreger.

Ducharme tested positive for COVID-19 on Friday and was not behind the bench for the Canadiens' 3-2 overtime win over the Vegas Golden Knights in Game 3.

All the other staff and players tested negative.

Ducharme was sent home on Friday morning and had his game-day media availability cancelled.

The league said in a statement that Ducharme had a presumptive positive result from a test done in Las Vegas on Thursday, one day after the Canadiens' Game 2 victory.