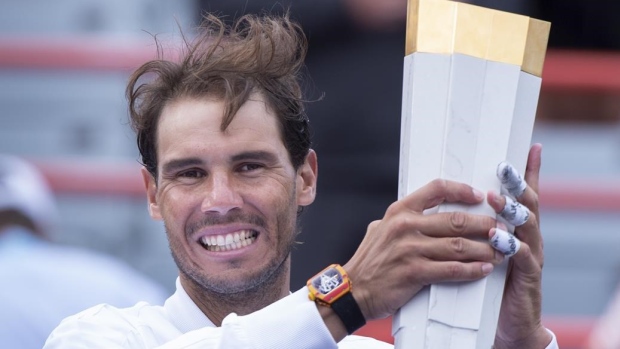 TORONTO — Tennis Canada has renamed its annual showcase tennis event after announcing a 10-year partnership with a bank.

The Rogers Cup, a Masters 1000 stop on the ATP Tour that runs concurrently with a WTA 1000 event on the WTA Tour, will now be known as the National Bank Open.

Rogers will continue as a presenting sponsor, the federation said Tuesday on a video conference call.

This report by The Canadian Press was first published Feb. 2, 2021.