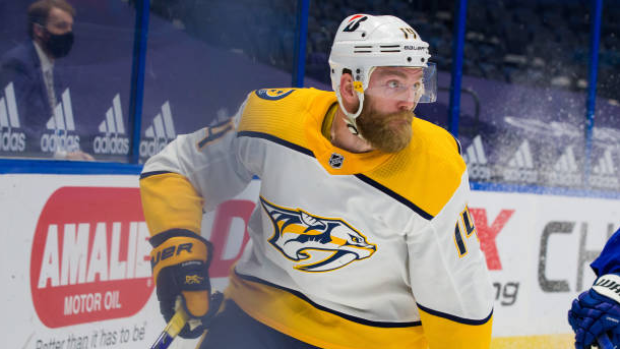 Mattias Ekholm appears to have set a deadline for a contract extension with the Nashville Predators.

TSN Hockey Insider Pierre LeBrun reports that Ekholm has told the Predators he will shelve talks until after the season if he's not extended by the team's opening game next week.

"(Ekholm) you may remember was one of five defencemen protected in the expansion draft by the Nashville Predators – nobody else does that, but they’re always so good on defence – and they did that with a bit of risk because Ekholm was not signed past this season," LeBrun said on Insider Trading Thursday. "They have talked all off-season long about an extension and have not been able to get one done yet, but here is the wrinkle: I’m told that agent Kurt Overhardt and Ekholm have told general manager David Poile and the Predators that if he is not signed by the start of the season we want to shelve talks. We don’t want to negotiate during the year."

"Is it a ploy? Is it a tactic? I don’t know, I’m not in the middle of those talks. But added pressure to get this deal done and they continue to talk before next week."

Ekholm made it clear last week that he was hoping to stay with the Predators, who he has spent his entire career with since being drafted in 2009.

"I want to be here; I want to stay here," Ekholm told reporters. "That's the business of it. My agent is dealing with that with (general manager) David (Poile) and hopefully we can get something done because me and my family really enjoy it here."

The 31-year-old is currently set out to play out the last of a six-year, $22.5 million contract signed in 2015. He became eligible to sign an extension in July.

"I'd rather have it done yesterday," Ekholm added on a new deal. "That's not how it really turned out. This is a new experience for me. I'm just trying to stay focused on what I can control. I know when the season comes around, I'm going to have to be 100 per cent focused on that, otherwise my game will suffer. I'm not really sure (of a timetable), but that's where my head's at."