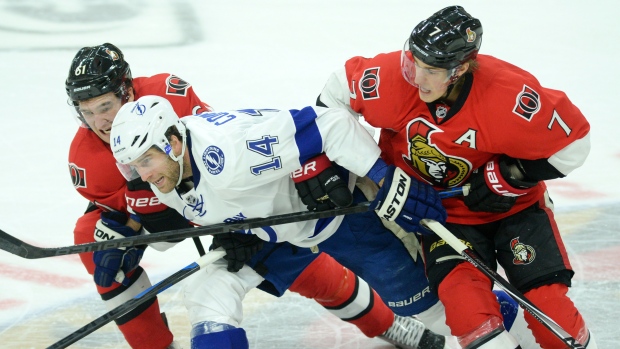 Two days after acquiring Brett Connolly at Monday's trade deadline, the Boston Bruins have lost the services of the forward for the next six weeks.

Connolly was hit by a shot during Boston's practice on Wednesday. The team confirmed that he has a broken finger on his right hand.

The native of Campbell River, BC had 12 goals and three assists in 50 games with the Lightning this season. He had yet to make his debut with the Bruins.

The 22-year-old was acquired for a pair of second-round draft picks.