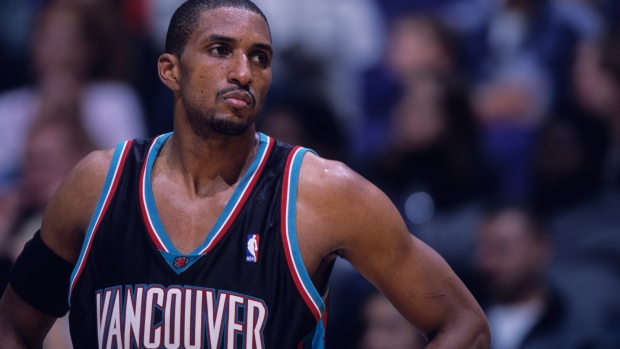 As long as the point totals were correct, there was no need.

But while working on his masters in statistics years later, van Bommel noticed something.

The NBA had revoked some players' triple doubles — an in-game achievement where an individual reaches double digits in three separate categories — after it was determined some of their more dubious assists couldn't be justified.

That, along with a story about a rogue NBA scorekeeper who purposely fudged numbers without getting caught while working for the Vancouver Grizzlies in the 1990s, got van Bommel thinking.

Is there a bias among scorekeepers?

A new Simon Fraser University study van Bommel co-authored with Luke Bornn that looked at the 2015-16 NBA season suggests there is bias when it comes to how assists and blocks — two of the most subjective categories due to vague definitions — are counted by the league's 30 team-hired scorekeepers.

The NBA states assists, the stat researchers focused on most, are given "only if, in the judgement of the statistician, the last player's pass contributed directly to a made basket."

That sentence alone leaves a lot of room for interpretation, van Bommel and Bornn thought.

The pair analysed billions of lines of data from NBA cameras that track the movement of both players and the ball on the court 25 times per second in every game. Their mathematical model monitored on-court actions, taking into account styles of play, while omitting overtime periods and neutral site games.

They matched results to the box scores, concluding that scorekeepers have a wide range of opinions on what constitutes an assist.

"We quantified two different scorekeeper effects," said the 23-year-old van Bommel. "There's how generous a scorekeeper is, which is how often they give assists to any player.

The Utah Jazz scorekeeper was found to be especially frugal with assists, awarding 9.7 fewer on average per game compared to the one employed by the Atlanta Hawks.

"We're not trying to say this is anything intentional or anything malicious," said van Bommel. "The NBA just has these ambiguous definitions, especially for assists. This leads to inconsistencies in scorekeeper opinion."

So why worry about a couple of assists that don't impact the final score? In the world of big-money daily fantasy sports leagues where participants select a roster to compete for cash prizes, the implications could be far-reaching.

"It's hard to quantify what percentage (skewed stat lines) impact your odds of winning," said van Bommel, who doesn't play daily fantasy. "But in a lot of these games a point or two can make a difference between winning and losing.

"A thing like scorekeeper bias can make all the difference."

The NBA said in email to The Canadian Press that it wasn't aware of the study and needs time to review the findings.

Rob Pizzola, who worked in media before leaving his job to focus on daily fantasy and sports betting full-time, said the study raises interesting questions.

"All daily fantasy players are looking for some sort of edge that hasn't been brought to the public's attention," said Pizzola, who helps run the website predictionmachine.com and builds his own data models. "There's a feeling (scorekeeper bias) matters and there's something to be done with it.

"But we're hesitant until we know exactly how to use it or until we get years and years worth of data that's a little more stable."

Six of the 10 players who had the greatest negative impact for assists were members of the Jazz. Gordon Hayward was found to have been short-changed more than 28 assists over the season, a gap that would have seen him move up to 36th from 46th overall in the category.

Chris Paul of the Los Angeles Clippers, meanwhile, was credited with almost 35 assists more than the study suggests he deserved.

Bornn, who was van Bommel's supervisor at SFU, was recently hired by the Sacramento Kings as vice-president of strategy and analytics.

Van Bommel, meanwhile, just completed an internship with a team, and said he isn't surprised where most of the queries have come from.

"By far the most common question I get is from people who play daily fantasy and are looking for an edge," he said.

And what about those scorekeepers from his youth? Do they owe him an assist or two?

"I never thought about it back then."