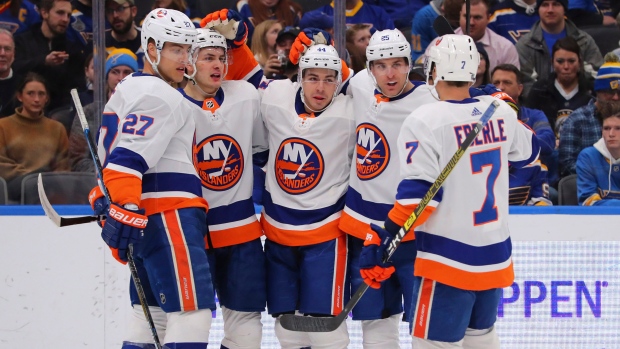 Construction on the new arena for the New York Islanders at Belmont Park is set to resume after being paused because of the COVID-19 pandemic.

The news comes after New York State Gov. Andrew Cuomo unveiled plans to reopen the economy of Long Island after Memorial Day, which is on Monday. Work on the arena has been paused since late March as it did not qualify as an essential project.

The team broke ground on the arena last September, which was originally planned to open at the start of the 2021-22 NHL season and seat 17,113 fans.

The Islanders have split home games between the Barclays Center -- also the full-time home of the NBA's Brooklyn Nets -- and the Nassau Coliseum. It was announced last month the Isles would play all of their home games at the Coliseum next season.

The Islanders (35-23-10, 80 points) sat one point out of a wild card spot when the NHL suspended its season just over two weeks ago.