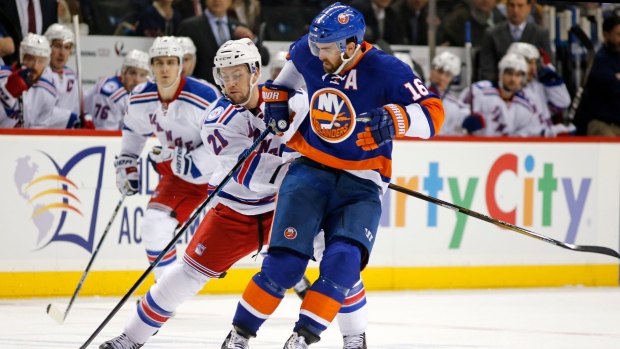 Ladd, who has not yet appeared in a game with the Islanders this season, just completed a five-game conditioning stint with the Bridgeport Sound Tigers, in which he scored one goal. He is coming off ACL surgery on his knee during the off-season.

Islanders general manager Lou Lamoriello said the team did not see enough from Ladd during his time in the AHL to add him to their NHL roster, and instead plan to have him see more playing time in Bridgeport. Lamoriello added that Ladd was apprised of the plan and approved it. His goal is to return to the NHL.

The 33-year-old has three seasons left beyond this one on his contract at a cap hit of $5.5 million.

A veteran of 946 NHL games, Ladd has 248 goals and 537 points during his career with the Carolina Hurricanes, Chicago Blackhawks, Winnipeg Jets and Islanders.