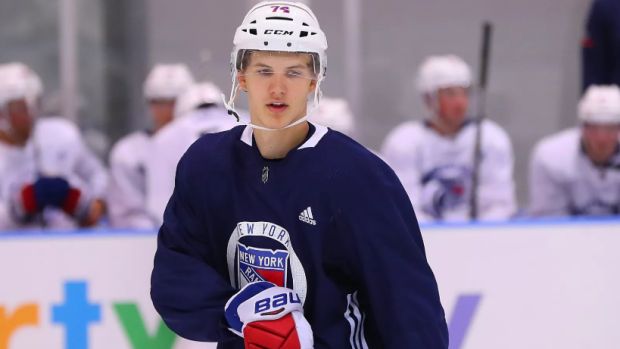 The New York Rangers loaned prospect Vitali Kravtsov to Traktor Chelyabinsk of the KHL on Wednesday.

The move comes a month after the 21-year-old refused assignment to the AHL's Hartford Wolf Pack. TSN Hockey Insider Chris Johnston reported then that Kravtsov's agent, Dan Milstein, had been given permission to seek a trade, though none has transpired.

OFFICIAL: #NYR have loaned forward Vitali Kravtsov to the Traktor Chelyabinsk of the KHL.

Kravtsov, who has yet to play at any level this season, was one of the Rangers' final cuts from training camp to start the season.

The ninth overall pick by New York at the 2018 NHL Draft, the Vladivostok, Russia native had six goals and 15 points in in 39 games in the AHL in 2019-20 which included a loan to the KHL early in the season.

He made his NHL debut in 2020-21, recording two goals and two assists in 20 games with the Rangers.