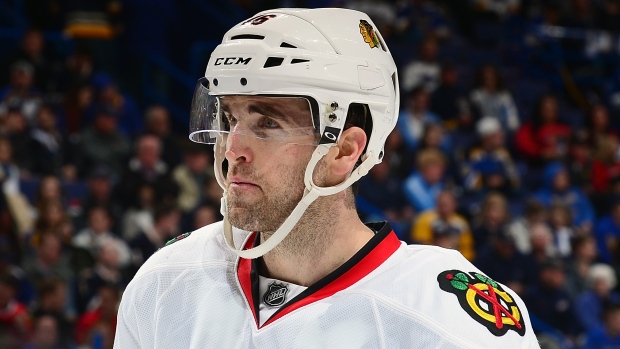 The NHL's off-season is upon us and teams are already re-shaping their rosters for the 2016-17 season. Keep up to date on the latest trade/free agent news, speculation and rumours from around the league.

Steven Stamkos has taken a meeting with the Toronto Maple Leafs, and they appeared to have thrown a major pitch his way.

According to Steve Simmons of the Toronto Sun, pending free agent Stamkos met with the Leafs at MLSE headquarters Tuesday, and among those in attendance were Toronto Mayor John Tory and the CEO of Canadian Tire.

There has been speculation several marketing opportunities would be presented to Stamkos should he sign in Toronto and Canadian Tire could be a major player for the 26-year-old.

Stamkos may be the biggest name in this year's free-agent market, but veteran forward Andrew Ladd isn't far behind.

Ladd is fifth on the TSN Hockey Top 40 FA list and is coveted by many teams including the Montreal Canadiens, New York Islanders, Nashville Predators and Tampa Bay Lightning, according to TSN Hockey Insider Darren Dreger.

The 30-year-old netted 25 goals and 21 assists for 46 points over 78 games split between the Winnipeg Jets and Chicago Blackhawks in 2015-16. Winnipeg made one of the biggest moves of the season by sending their captain in Ladd to the Blackhawks a couple days before the trade deadline. Chicago was eliminated in the first-round of the playoffs by the St. Louis Blues.

Ladd, a native of Maple Ridge, BC, is coming off a five-year, $22 million contract he signed with the Jets back in the summer 2011.

The Boston Bruins are reportedly considering going after one of the top young defenceman in the game. According to Joe Haggerty of CSNNE.com, the B's are preparing an offer sheet for Winnipeg Jets D-man Jacob Trouba.

The restricted free-agent scored six goals and added 15 assists over 81 games with the Jets in 2015-16, just his third year in the NHL.

Haggerty reports the Bruins would likely submit an offer that the Jets would not consider matching, somewhere in the range of $47 million over seven years. If they end up signing the 22-year-old to an offer sheet, Boston would have to give up four consecutive first-round picks.

Trouba, selected ninth overall by Winnipeg in 2012, is coming off a three-year entry level contact and is a RFA.

The Jets already have defencemen Dustin Byfuglien and Tyler Myers locked up through 2020-21 and 2018-19 respectively.

If you're a Carolina Hurricanes fan hoping for a reunion with former captain Eric Staal, don't hold your breath.

Hurricanes general manager Ron Francis spoke to Chip Alexander of the Raleigh News and Observer and doesn't see the 31-year-old coming back to North Carolina when he hits the open market as free-agent on July 1.

Staal scored 13 goals and added 26 assists for 39 points over 83 games split between the Hurricanes and New York Rangers, who picked him up before the deadline, in 2015-16. He was unable to record a single point in the playoffs as the Rangers were eliminated in the first-round by the Pittsburgh Penguins.

The Thunder Bay native is coming off a seven-year, $57.750 million contract he signed with the Hurricanes in 2009.

Francis did say the Canes are looking for another forward to add to the lineup, but didn't get into specifics.

The Nashville Predators have interest in a pair of free-agent forwards as July 1 nears.

The Preds have been in talks with both Andrew Ladd and Loui Eriksson, according to their shared agent J.P. Barry.

Ladd, 30, netted 46 points over 78 contests split between the Winnipeg Jets and Chicago Blackhawks in 2015-16. Eriksson, also 30, scored 30 goals and added 33 assists over 82 games with the Boston Bruins last season, his third with the club.