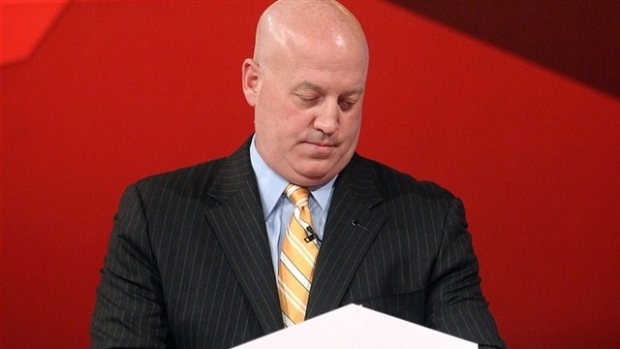 The NHL has sent a memo to teams urging players to limit contact with fans because of the spread of the novel coronavirus.

NHL deputy commissioner Bill Daly confirmed the league issued the memo in an email to The Canadian Press on Friday.

The move follows a similar directive issued earlier this month by the NBA, which has told its players to stop high-fiving fans and strangers, and avoid taking items for autographs.

"You have hand sanitizer at your disposal and wash your hands all the time. There's all those little things you can do to help prevent it. It's tough when the fans are looking forward to something like that, but hopefully they understand the other side of it at this point," said Calgary Flames goaltender Cam Talbot.

NHL commissioner Gary Bettman said Wednesday at the close of the annual general managers meetings in Florida that he's ordered a halt to all business-related travel outside North America for league employees.

And if an individual ends up in a location affected by the virus on their own, the NHL is mandating a two-week quarantine before that person can return to work.

"I guess it's a real thing. It's tough. You hope you don't get it from media, either," said Vegas Golden Knights forward Reilly Smith.

"You have to be cautious with things like that. I'm sure player appearances are gonna slow down. Other than that, we just focus on hockey."

Switzerland's top hockey league postponed its playoffs until the middle of March, while a number of sporting events around the globe have been cancelled as countries struggle to contain the outbreak.

The Ottawa Senators' road game against the San Jose Sharks on Saturday night, however, remains on schedule despite a recommendation to cancel large gatherings in the county where the arena is located.

The recommendation was made because of the spread of the coronavirus.

The Sharks encouraged fans to follow another suggestion from the Santa Clara County's Public Health Department, which recommends that "persons at higher risk avoid mass gatherings such as parades, sporting events, and concerts where large numbers of people are within arm's length of one another."

The Sharks announced Friday that all events at SAP Center this weekend will go on as scheduled.