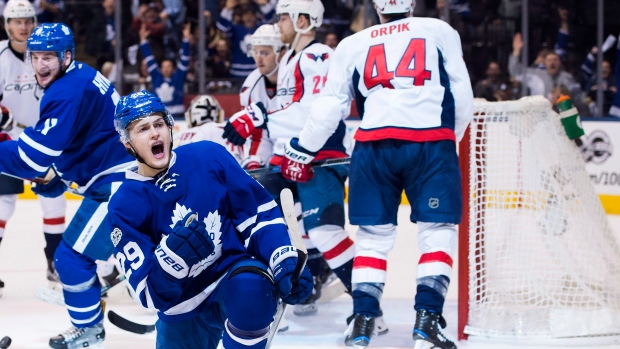 With the Toronto Maple Leafs set to open their 2017-18 campaign on Wednesday night, winger William Nylander has sights firmly set on the new season and not a new contract.

Set to become a restricted free agent at season's end, the Swede says he's not interesting in negotiating a new deal during the season.

"You either renew it before the season or after the season," Nylander said on Wednesday afternoon. "I just want to focus on the team and the way I'm playing during the year."

The 21-year-old Nylander is heading into his second full season with the club. The eighth overall pick in the 2014 National Hockey League Entry Draft appeared in 81 games for the Leafs last season, scoring 21 times and adding 39 assists. He was also a member of Sweden's gold medal-winning squad at this past spring's IIHF World Hockey Championship.

The Leafs open up the season on the road against the Winnipeg Jets at the MTS Centre.