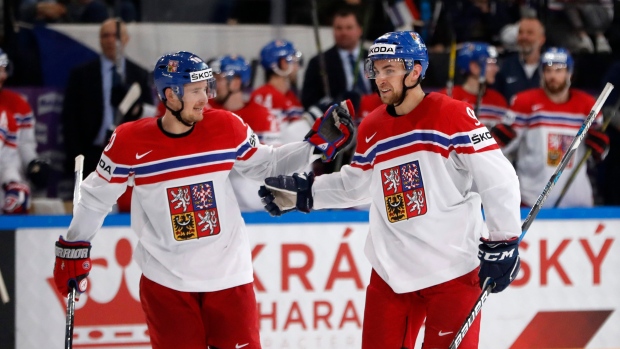 Multiple NHL offers on Czech dman Jan Rutta. Edmonton is among the CDN teams with interest, but i don't believe they've tabled offer yet.

Flames are tight lipped, but I'm hearing Calgary is also in on offensive dman Jan Rutta.

Dreger adds the Edmonton Oilers are among the Canadian teams interested, but it's not believed they've yet to table an offer to the 26-year-old defenceman.

Rutta was part of the Czech team at the IIHF World Championship that were eliminated by the Russians in the quarter-finals Thursday. He had one goal in eight games for the Czechs in the tournament.

Rutta has played for Chomutov Pirati of the Czech league the last four seasons. He had eight goals and 24 assists in 46 games last year.