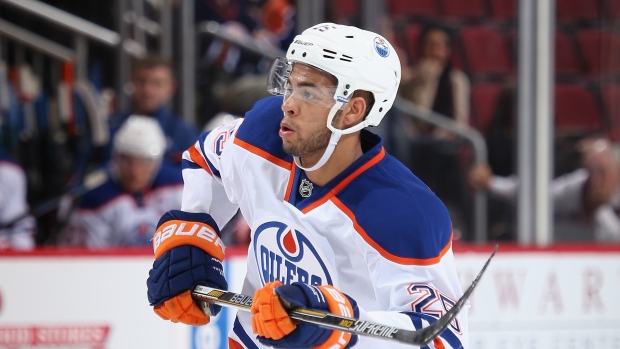 Darnell Nurse is headed back to junior.

The Edmonton Oilers assigned their 2013 first-round pick to the Ontario Hockey League's Sault Ste. Marie Greyhounds on Friday after two regular season games with the club.

"Through his time in exhibition and the early going of the regular season in the NHL, Darnell has shown that his game has progressed greatly over the last year through his tireless drive to improve and develop. Together with the Oilers we will continue to work with him to take that next step to what will undoubtedly be a lengthy NHL career" said Greyhounds Head Coach Sheldon Keefe.

The six-foot-four, 205-pound defender was selected seventh overall at the 2013 NHL Draft. He will be eligible to join Canada's team at the 2015 World Junior Hockey Championship in Toronto and Montreal this December after missing the cut for the 2014 squad.