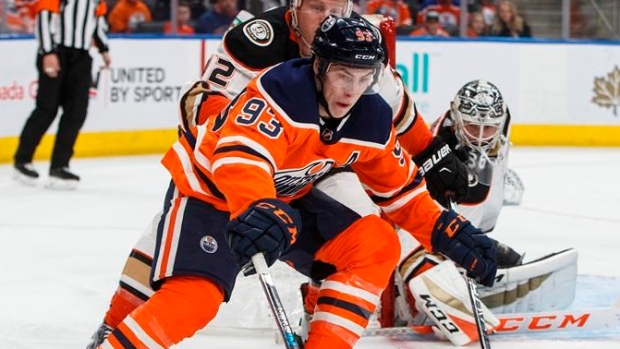 The Edmonton Oilers have placed forward Ryan Nugent-Hopkins on injured reserve and recalled Iiro Pakarinen from the AHL's Bakersfield Condors.

Jim Matheson of the Edmonton Journal reports that the injury is a bruised sternum and is not considered serious. In his absence, Leon Draisaitl is expected to centre the second line.

RNH has a bruised sternum. Not a serious problem

TSN's Ryan Rishaug reported Sunday that he was experiencing some bruising after taking a big hit from Brayden McNabb of the Vegas Golden Knights that sent him to the locker room.

In 46 games so far this season, Nugent-Hopkins has 16 goals and 15 assists, while Pakarinen has one assist in 18 games for the big club.

It's been a difficult season thus far for the Oilers, but they're coming off two straight wins and will be back at it Saturday against the Vancouver Canucks to kick off a five-game homestand.