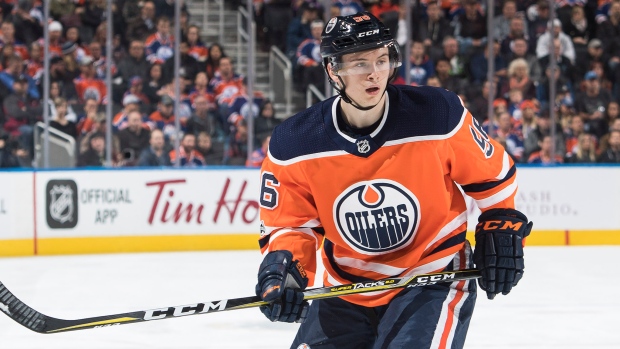 The Edmonton Oilers sent 2017 first-round pick Kailer Yamamoto back to the WHL's Spokane Chiefs on Monday, electing not to burn the first year of his entry-level contract.

Yamamoto played in his ninth game this season on Sunday night, leaving the Oilers with a decision to make before Tuesday's game against the New York Islanders.

He posted three assists in his nine games with the Oilers, was a plus-3 and averaged 15:10 of ice time per game.

McLellan praised Yamamoto's play after Sunday's 4-0 loss to the Detroit Red Wings, in which he opened on the team's second line.

“He played a better game tonight than the past three he participated in,” Oilers head coach Todd McLellan said Sunday night, per the Sun. “He was one of our quicker forwards tonight.”

Yamamoto, selected 22nd overall in June, moved up and down the Oilers lineup throughout the season, serving as a healthy scratch four times.

The 19-year-old scored 42 goals and posted 99 points in 65 games with the Chiefs last season.

The Oilers recalled Brad Malone from the AHL's Bakersfield Condors to replace Yamamoto on the 23-man roster.