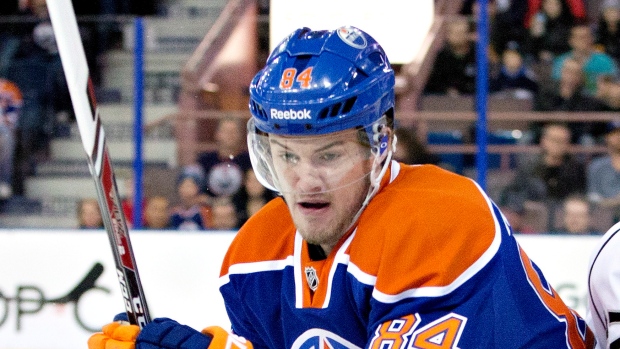 The New York Islanders are off to a promising start on their longest road trip of the season but they'll next visit a place where they haven't won in more than a decade.

The Islanders, though, would appear to have one of their best chances to end a four-game skid in Edmonton tonight, given the Oilers' woeful state.

Edmonton (8-22-9) is one of the lowest-scoring teams in the Western Conference (2.10 goals per game) and one of the worst in the league at keeping opponents out of the net, giving up 3.33 goals per contest. It is also owns one of the league's meekest power plays with a 12.8 percent conversion rate and has allowed opponents to score on 23.7 percent of their power plays in 15 contests since the beginning of December.

The Oilers have tried to shake things up with moves over the past week. They acquired Rob Klinkhammer and a 2015 first-round draft pick from Pittsburgh for winger David Perron in the latest one Friday.

They also acquired Derek Roy from Nashville and claimed Matt Fraser off waivers from Boston on Monday. Benoit Pouliot scored the tying goal in Friday's 2-1 shootout loss to Colorado in his return from an 18-game absence due to a broken foot.

"Even though we're struggling, there are positives and we're trying to build off that," Pouliot said. "It's good to be back, and I'm looking forward to the rest of the year."

New York (26-11-1) earned a third consecutive win and seventh in nine games Friday, 2-1 over Calgary. John Tavares scored both goals as the Islanders improved to 2-0-0 on their seven-game trek.

"We're confident in our game," said Tavares, who has five goals and two assists in his last six games. "I think we've been good on the road, and I think we've been good at home. In any situation, we just feel comfortable with the way we can play in our group and our belief that we can win any kind of hockey game."

New York will next seek its first win in Edmonton since a 5-2 victory March 13, 2003. They've lost each of their past three games there by one goal and took a 3-2 overtime loss in the most recent visit March 6.

The Islanders, who have claimed two of three overall in the series, has shined on special teams lately. New York has scored five power-play goals in their last 16 chances and have killed off 20 of their past 21 penalties.

Tavares has two goals and two assists in his last two games against Edmonton, both in Long Island.

Edmonton's Taylor Hall has totaled three goals in his past two matchups, including the overtime winner in March.