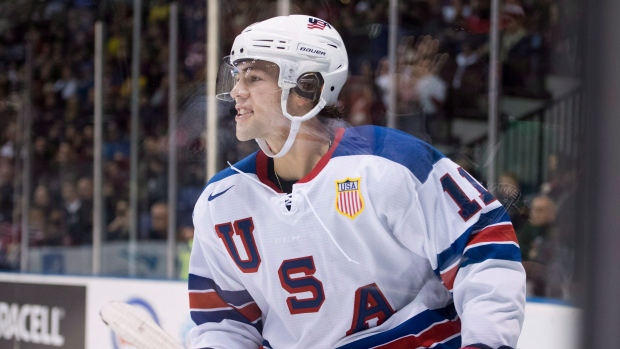 U.S. coach Mike Hastings said Thursday that he's "pretty old" so he knows a lot about what's happened between the two squads.

"There's a lot of history that goes in my mind," he said, pointing out the "Miracle on Ice" at the 1980 Olympics in Lake Placid.

Both teams are coming into the semifinals confident after posting convincing wins in the quarterfinals.

The U.S. beat the Czechs 3-1 while Russia trounced Slovakia 8-3.

Watch the semifinal matchup LIVE across the TSN Network at 4pm et/1pm pt.

Hastings said last year's bronze medalists will have to play "a full 60 minutes" to chalk up a similar victory against Russia.

"The one thing they can do is they can stress you in many different ways," he said. "You look at their ability to score short-handed on the power play. They just have a tendency to be a puck position team. They're not going to get rid of it until you make them get rid of it."

Hastings wants to see his players stay disciplined and out of the penalty box.

Russia has the best power play in the tournament so far, putting up five goals on 16 chances, and is the only team to still have a perfect record, winning all five matches so far in regulation.