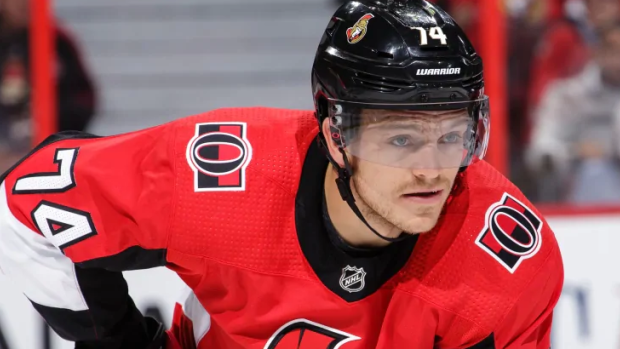 Ottawa Senators defenceman Mark Borowiecki would like to know sooner rather than later whether the team intends to move him at the trade deadline.

Borowiecki is one of nine pending unrestricted free agents on the Senators roster as he plays out the final season of a two-year, $2.4 million contract.

“No, I haven’t really had any discussions in that regard,” Borowiecki told the Ottawa Sun earlier this week. “The situation is a little different for me now. I’m married and I’ve got a kid on the way. My priority is looking for their future. That’s my responsibility as a husband and soon to be father.”

The 30-year-old has spent his entire career with the Senators since being drafted by the team in the fifth round of the 2008 NHL Draft. He said his situation off the ice has him anxious to learn his fate as soon as possible.

“The baby is due in the next five or six weeks and I’m kind of open to whatever,” Borowiecki said. “It’s one of those situations that it’s kind of unique. If I’m going to get moved, I would prefer it to happen early to get my wife (Tara) settled.

“If a contract is there (with the Senators), great. I love the city. I really truly love this coaching staff. They really connect with me on a human level and I’m so grateful to have them here. But it’s a business and I get that, too.”

Borowiecki, a native of Ottawa, has a career-high five goals and 16 points in 43 games this season while averaging 18:19 of playing time. He added that he's not expecting to break the bank on his next contract and is simply out to prove he has a place in the league.

“In my situation, I’m not one of those guys making five by five or seven by seven,” he said. “I’m not set for life here. I’m a role player in this league. I know what I can do and what I can bring and you’re kind of fighting for your life every game in a contract year.”