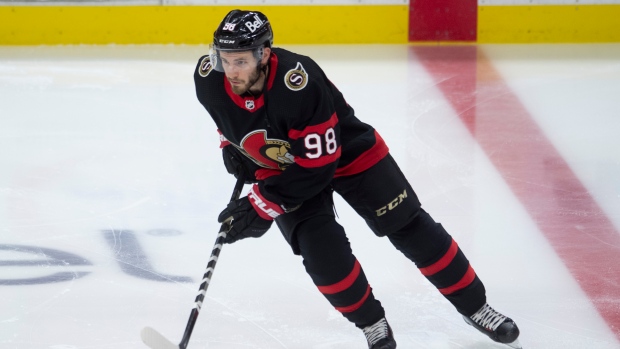 Victor Mete is returning to the Ottawa Senators.

The team announced a one-year, $1.2 million deal for the 23-year-old defenceman on Wednesday with the two sides avoiding arbitration.

News Release: The #Sens have agreed to terms on a one-year ($1.2M) contract with defenceman Victor Mete for the 2021-22 season: https://t.co/asYLG9cjoP pic.twitter.com/4BQPQSGvGR

Mete had filed for arbitration on Sunday with hearings set to begin on August 11.

"Victor was a really solid addition to our defence corps over the last month of the season last year," Senators general manager Pierre Dorion said in a statement. "He's mobile, poised and defensively aware. We're looking forward to seeing his progression in our lineup in 2021-22."

A native of Woodbridge, Ont., Mete was claimed off waivers from the Montreal Canadiens on Apr. 12. He made 14 appearances for the Sens, scoring a goal and adding an assist. He had five points in 28 games between the two teams.

Originally taken in the fourth round of the 2016 NHL Entry Draft out of the Ontario Hockey League's London Knights, Mete has appeared in 199 NHL games over four seasons, scoring five goals and adding 31 assists.

Internationally, Mete was a member of Canada's gold medal-winning entry at the 2018 IIHF World Junior Hockey Championships in Buffalo.