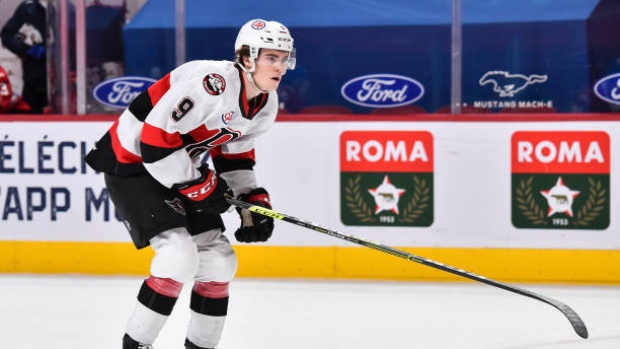 Ottawa’s Ridly Greig has been suspended for one preseason game and one regular season game for Cross-checking Winnipeg’s Pierre-Luc Dubois. https://t.co/UCkb3VefXH

Greig was assessed a five-minute major and a 10-minute misconduct on the play. The 28th overall pick of the 2020 NHL Entry Draft, Greig also scored the opening goal of the game.

The Senators return to preseason action on Wednesday night when they host the Toronto Maple Leafs. The club's regular season is set to get underway on Oct. 14, also at home to the Leafs.