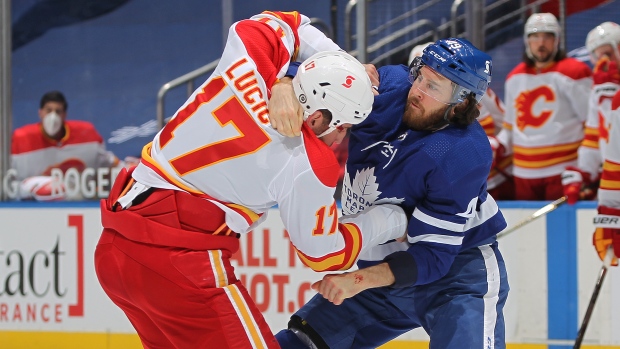 Scott Sabourin is back in Ottawa.

"Scott is a player and person with whom the organization has familiarity," Senators general manager Pierre Dorion said. "He plays hard, has a physical presence, is respected on the ice and maintains strong leadership qualities. We'll look to him to help guide our younger players and prospects."

The 29-year-old appeared in one game with the Toronto Maple Leafs last season and had two goals in six games with the AHL's Toronto Marlies.

Sabourin spent the 2019-20 season with the Senators after first joining the team for training camp on a professional tryout agreement. He had two goals and six points in 35 games with the team in his first career NHL season.