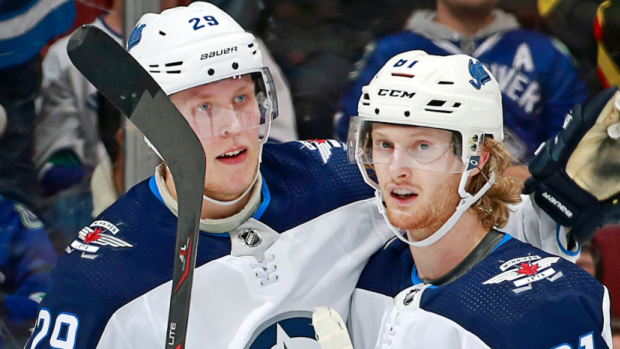 Paul Maurice is hoping to have his best possible lineup on the ice when the Winnipeg Jets open their season on Oct. 3.

Maurice told NHL.com that pressure will mount for both the Jets and restricted free agents Patrik Laine and  Kyle Connor until each player is signed.

"The pressure on both sides kind of comes at the same time, that the closer you get to the season, the more pressure comes on the team and the player to get a contract signed," Maurice said. "We'll see that mount and we're hopeful [they'll be signed] by the time the puck drops. You want everybody at camp, absolutely, but you really hope everybody’s done by the time the season starts."

Laine and Connor combined to produce 64 goals and 116 points last season for the Jets. As Maurice noted, the duo are among several high-profile restricted free agents who remain unsigned as training camp creeps closer.

"When you look at the block of players, not just our two ... that are all in the same boat, you would say we're no more worried than anybody else in this position. If yours were the last two guys who weren't signed, you'd be concerned because there would at least be contracts out there that would tell you where the lamp post is. Everybody wants these contracts done but we all knew this was going to be late, that it wasn't going to happen early because they're almost moving en masse. I think once one or two go, they'll all line up."

Laine finished last season with 30 goals and 50 points, a dip in production from the 44 goals and 70 points he posted the previous season. Connor, meanwhile, scored a career-high 34 goals and 66 points this past season, marking the second straight year he topped the 30-goal mark.

According to CapFriendly, the Jets have $16.2 million in cap space with RFAs Laine, Connor and goaltender Eric Comrie in need of contracts for this season.