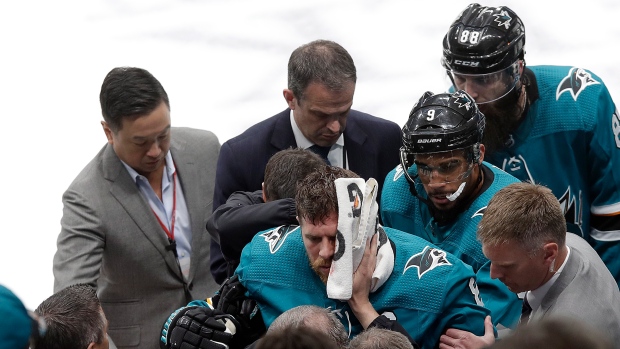 According to San Jose Sharks head coach Pete DeBoer, captain Joe Pavelski is day-to-day but unlikely to play Game 1 of the second round Western Conference series against the Colorado Avalanche.

Per Coach DeBoer, Joe Pavelski is day-to-day but unlikely to play in tomorrow's Game 1. #SJSharks

Pavelski slammed his head off the ice after a cross-check to the face from Cody Eakin of the Vegas Golden Knights and getting tangled up with Paul Stastny when he fell. He was knocked out and bleeding on the ice and left the game with the help of his teammates.

Eakin was assessed a five-minute major penalty and the Sharks scored four goals on the power play to make it a 4-3 game. The Golden Knights would tie it before Barclay Goodrow scored the overtime winner to win the series for San Jose.

The Sharks kick off their series Friday night against the Avalanche at the SAP Center.