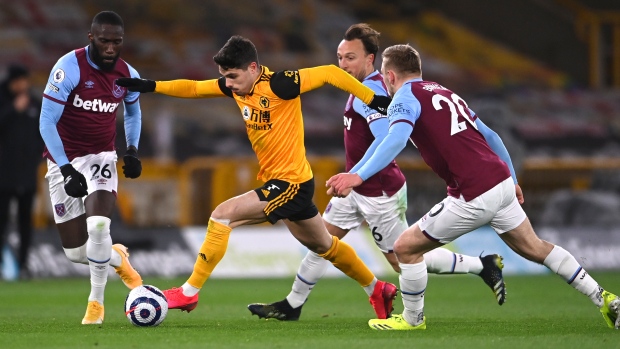 WOLVERHAMPTON, England — Wolverhampton forward Pedro Neto will miss the rest of the Premier League season and likely the European Championship for Portugal because of a knee injury.

Neto sustained a “significant injury” to his knee cap against Fulham on Friday, Wolves said Monday, and requires an operation.

“Unfortunately, he is not expected to return to play until next season,” Wolves said.

Neto has been one of Wolves' best players this season in his first year as a first-team regular and has established himself in Portugal's squad.

He was expected to be included in the squad for Portugal's title defence.