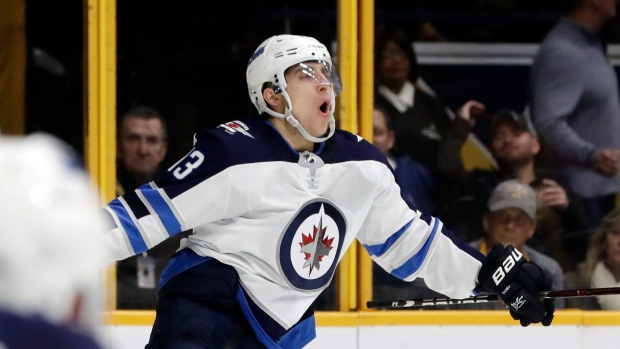 The Pittsburgh Penguins have agreed to a six-year deal with Brandon Tanev with an AAV of $3.5 million the team announced Monday.

The Pittsburgh Penguins have agreed to terms with forward Brandon Tanev on a six-year contract. The deal will run through the 2024.25 campaign and carries an average annual value of $3.5 million.

The 27-year-old scored career-highs in goals (14) and points (29) in 80 games this past season with the Winnipeg Jets.

Tanev signed as free agent out of the NCAA with the Jets after four seasons at Providence College.

He is coming off a one-year deal worth $1.1 million.

The Canadian winger has 51 points in 195 NHL games.