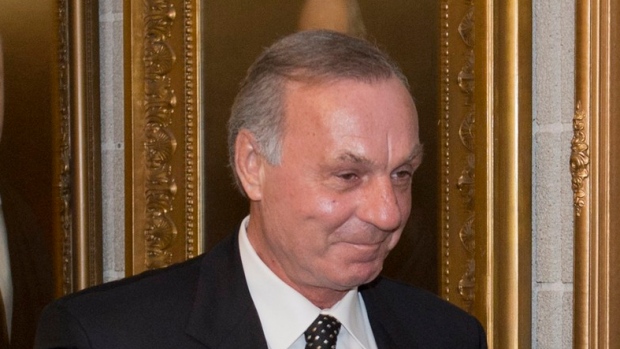 The Quebec Major Junior Hockey League announced Tuesday that Guy Lafleur‘s No. 4 will be retired across the league for the start of the 2021-22 season.

The QMJHL, in collaboration with the Quebec Remparts, will hold a ceremony during the team’s 25th anniversary season to honour Lafleur’s contributions to junior hockey.

“Even in retirement, Lafleur continues to be a first-class ambassador for the QMJHL,” shared Commissioner Gilles Courteau in a statement. “His legacy and contributions to the League are second to none and the retirement of his number four pays tribute to his incredible career and accomplishments.”

Lafleur, who was named the league’s all-time greatest player as determined by a panel of experts during the QMJHL’s 50th anniversary celebrations, played two seasons with the Quebec Remparts from 1969 to 1971, tallying 233 goals and 379 points in 118 games. The Thurso, Que. native also led the Remparts to a Memorial Cup championship in 1971, the first of 13 national championships for the QMJHL.

Selected first overall by Montreal in the 1971 NHL Amateur Draft, Lafleur played 1,126 games in the National Hockey League with the Canadiens, the New York Rangers and the Quebec Nordiques.

The number 4 becomes the second number retired by the QMJHL after Sidney Crosby’s number 87 in September of 2019.