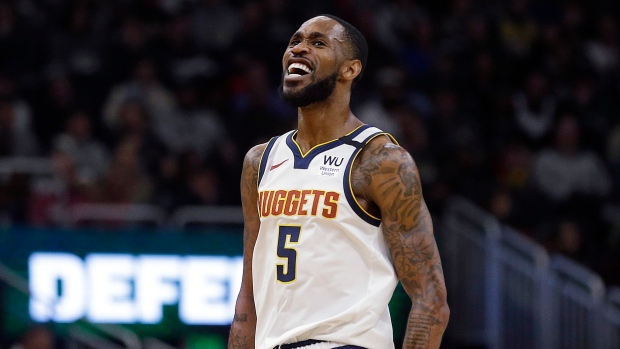 Will Barton , The Canadian Press

Denver Nuggets guard Will Barton is expected to return from a hamstring injury in Game 2 Wednesday night against the Phoenix Suns barring a setback, reports ESPN's Adrian Wojnarowski.

Denver guard Will Barton will test his hamstring in warmups for Game 2 and — barring a setback — is expected to make his return to the lineup vs. the Suns tonight, sources tell ESPN. Barton has been out since suffering injury on April 23.

Barton has been out since suffering the injury on April 23 and will test his hamstring in warmups before tip-off to make sure he's good to go. At the time of his injury, Barton was expected to be out for the "foreseeable future."

The 30-year-old averaged 12.7 points per game on 42.6 per cent shooting in 56 games for the Nuggets during the regular season, his seventh in Denver.