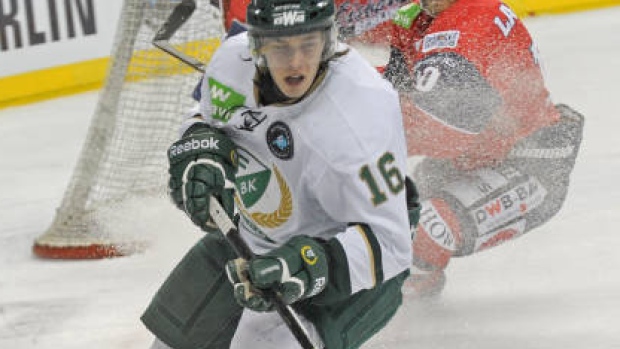 According to Uffe Bodin of Sweden's Hockeysverige, Nygard is picking between the Calgary Flames and Edmonton Oilers as he prepares to make the leap to North American hockey.

The Edmonton Oilers or the Calgary Flames? It sounds if it’s down to a Battle of Alberta for the services of undrafted Swedish free agent forward Joakim Nygård. A decision is expected soon.

Bodin adds that a decision is expected soon from Nygard, who TSN Hockey Insider Darren Dreger reported in March was being pursued by several teams and drawing to comparisons to Washington Capitals veteran Carl Hagelin.

The 26-year-old posted a career-high 21 goals and 35 points in 52 games with Färjestad BK in the Swedish Hockey League this season. He added five goals and 10 points in 14 playoff games.

The native of Stockholm, Sweden stands at six-feet tall and is listed at 179 pounds.