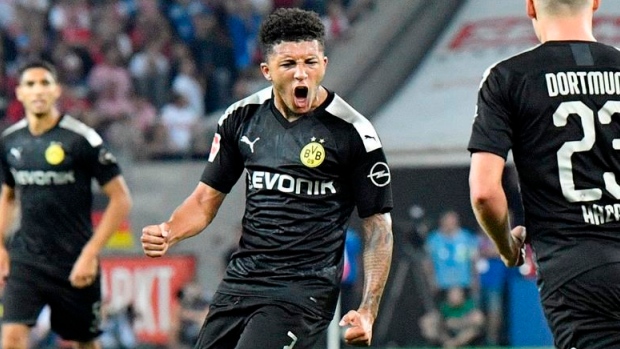 Jadon Sancho appears set for a return to Manchester.

The Guardian's Fabrizio Romano and Ed Aarons report that Manchester United is closing in on a deal with Borussia Dortmund for the England winger with the 20-year-old Sancho agreeing to personal terms on a five-year deal on £250,000-a-week wages.

The deal is expected to be in the neighbourhood of £90 million paid in three annual installments with performance-related bonuses to be paid out should certain benchmarks be reached.

Dortmund wants the deal completed by next week in order to continue their preparations for the upcoming season.

Internationally, Sancho has been capped 11 times by the Three Lions.